I’m on my second flight for the day, trying to stay awake so I can get on “local” time, so I decided to tell the story about how I got to Santorini, Greece.

It started about a year ago or close to it, during a conversation with my daughter Ashley.  She had a friend of a friend getting married in Spain and discovered that the flights were dirt cheap.  So, she suggested that we go to Spain (not to the wedding) but just go while her friends were there.  She planted the seed that grew and grew.  We talked about it on and off for months and were trying to decide where we wanted to go.

A big part of me said I had to do this with Ashley before it was too late.   I had discovered that trying to take my mom on any trip was not possible anymore due to her decline in health this past year.   Sometimes it takes a wake-up call to make you realize how precious life is and that you have to stop and smell the roses, take those trips, go on an adventure or two before you aren’t able to anymore.  This pushed me to get serious about this idea of taking an annual mother/daughter trip and making memories together that would last a lifetime.

Spain was an option, just because of the cheap flights, but I never found anything in my searches that really sparked my interest.  Every chance I would have to search the web (and I don’t have a lot of free time to do stuff like this) I would check out different websites trying to locate the place that spoke to me.  This was going to be my first international trip (because I don’t count Mexico, I have to admit, I have been there many times).

I wanted a place that would be a wonderful mother/daughter trip!  It had to have the sun, beaches, and adventure.  I even checked out several places from the screen saver pictures on my desktop that change every day. LOL!  Then one day I was on Facebook, actually just surfing and not working and saw something about this island called Santorini.  WOW, this looked amazing and I started to research the possibility of making this our destination.

I sent Ashley the links I had found, she said “I’m in! I don’t care where we go, let’s just go somewhere!”

Now I finally had an actual destination to research and check out the details and boy did I spend a ton of time looking.  The best beaches, a great hotel and what all we could do while we were there.

I found a deal on Travelocity, it was around $1700 each for 7 days.  I was lying in bed and ready to book it and telling Danny all of the details.  He said to me, “Why only 7 days?  If you are going to go that far stay longer!”  Well, that turned the trip into 10 days and the final price was just under $2,000 each for airfare and hotel accommodations.  What a deal or at least I felt it was a fabulous deal and I booked it!!

I booked the trip for both of us and Ashley started saving so she could pay me back before the trip was here!!

This was truly the start of a new tradition for us!  We will be planning 2020’s trip soon.  Tring to figure out where we want to go next.  There are so many countries, cities and towns to explore and I hope that I’m blessed with the health to continue this for at least the next twenty-plus years.

Now, if leaving the country is not in your cards, don’t miss out on taking a mother/daughter trip even if it’s just for the weekend and only an hour or so away.

I have been very blessed to spend several trips this year with Ashley, but two out of the three were work trips.  We traveled to Illinois and Georgia.  We put booths together, talked to customers, showed them our wonderful products and returned home.  It’s always awesome to travel with her but this time no work, no customers, no booths to set up.  Just a lounge chair, a glass of wine and an island to explore.

Take the time to embrace the opportunity and spend time with family.  Whether it be your daughter or son, make plans!!

BTW… I love to travel, but I am also a bargain hunter!  Every trip I take is usually an amazing deal that I have hunted many hours for. So get your laptop out and start hunting for that amazing deal and book that trip! You will not regret it 🙂

PS: Be on the lookout for our upcoming blog posts all about our time on the island! Ashley will be sharing from her perspective about what we did every day, as well as our trip home through Zurich, Switzerland. 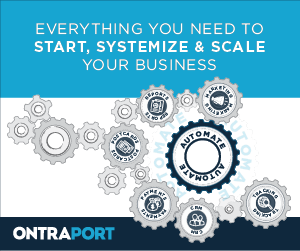